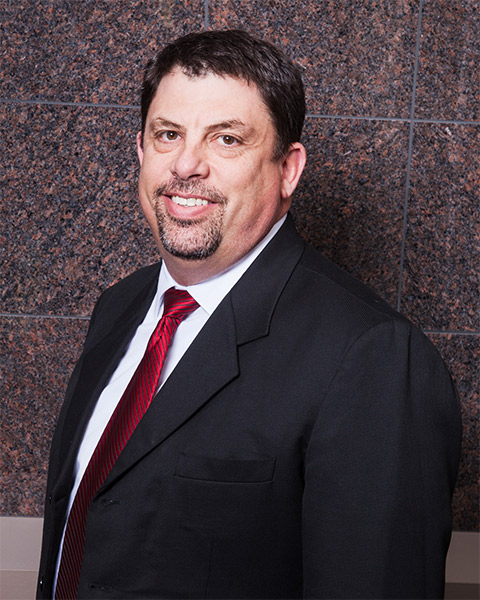 Don McCarty graduated from the University of South Dakota School of Law with a juris doctorate in 1996.  During his third year of law school Don was recognized as the George S. Mickelson Scholar for outstanding academic achievement and dedication to public service prior to, and during, law school.  After admission to the South Dakota Bar, Don served as a law clerk for the First Judicial Circuit.  Following his clerkship he began private practice in Brookings.  Don has held numerous leadership positions during his legal career including President of the Young Lawyers Section, multiple terms as a Bar Commissioner for the State Bar of South Dakota and a continuing member of the State Ethics Committee.  In addition to his private practice, Don has been a member of the South Dakota Army National Guard for more 28 years.  He currently serves as a Command Judge Advocate with 196th MEB holding the rank of Lieutenant Colonel.  Don deployed to Afghanistan as a Judge Advocate in 2010 and during that time was appointed to serve as a Deputy Staff Judge Advocate and as a United State Claims Commissioner, settling claims filed against the United States Government.  He was awarded the Bronze Star for his service. Don is an Adjunct Professor at the University of South Dakota School of Law teaching Military Law.  Don has been admitted to practice in all South Dakota Courts, as well as Federal District Court and the Eighth Circuit Court of Appeals. Don's general practice focuses on trial work including family law, criminal law, personal injury, business litigation, and workers' compensation.